Rock Me Gently: A True Story of a Convent Childhood by Judith Kelly

Yesterday, Bloomsbury, the publishing house behind the commercial phenomenon of Harry Potter, announced that it was indefinitely postponing the paperback edition of Rock Me Gently amid claims that it plagiarised not one but three other works, including Graham Greene's Brighton Rock. A spokeswoman for Bloomsbury told The Independent: "We currently have no plans for a paperback edition.

Judith is mortified by what has happened. We take responsibility for the book and we have withdrawn it until we can be certain there be will no further problems. The alleged plagiarism came to light when another writer, Hilary Mantel, was told by a reader at the Cambridge Literary Festival in April that she might find it "interesting" to compare Kelly's work with her own novel Fludd, a darkly comical study of religious faith, and a collection of short stories, Learning To Talk.

When Mantel, one of the 17 writers on the long-list for the Man Booker prize this year, read the book and catalogued 10 separate points where text from her work appears to a greater or less extent unchanged in Rock Me Gently, she wrote to challenge Bloomsbury. One line from Fludd, published in , reads: "'I could drink sleep,' she said, 'I could eat it.

Kelly, 61, was sent to the institution as an eight-year-old following the death of her alcoholic father because her mother could not cope on her own. The memoir, which has won plaudits for bringing to light abuse at Nazareth House in Bexhill, East Sussex, has a graphic account of how Kelly's best friend at the institution drowned in the sea while the nuns looked on, praying. The author, who ran a helpline for victims of abuse by Catholic clergy, relates how she was blamed because she lost her friend's grip before she disappeared beneath the waves.

Mantel, who has won a number of literary awards, said that while the suffering of those in Nazareth House was not doubted, the plagiarism undermined the memoir's credibility. She said: "What Judith Kelly has done is to misrepresent her past by passing off as her own memory conversations and descriptions that are taken from other authors. I have no desire to pursue her but it does compromise the authenticity of what she writes. To apparently take lines from my novel, which is about comic grotesques, and use them in a subject as deeply serious as hers is very surprising indeed.

I would rather that the book was withdrawn. 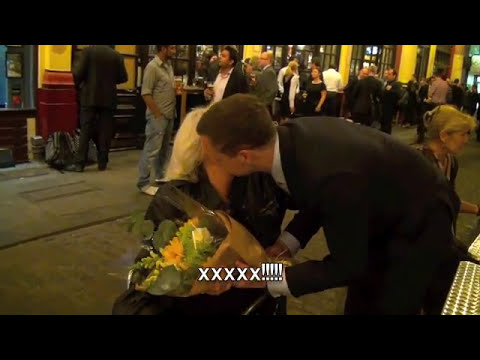 Sources at another publisher, Virago, confirmed that they were seeking legal advice about the similarity of lines in Rock Me Gently to the acclaimed novel Frost In May by Antonia White. Fludd, Hilary Mantel: "The parlour was both stuffy and cold, and smelled mysteriously of congealed gravy. Over the mantelpiece, Christ hung in a heavy gilt frame, thin yellow tongues of light streaming from his head.

Rock Me Gently: "The convent was a cradle of fly bred infection at that time. With the oncoming of warm weather, disease had crept into the orphanage and breathed its foul breath through the kitchens and refectory. Lack of food, rat-ridden dormitories and clogged drains had primed the children to catch infections. Before May arrived, 45 out of 60 girls lay ill and classrooms stood almost empty. Frost in May, Antonia White: "Her lids grew heavy and her crossed hands began to uncurl. She had just time to remember to whisper 'Jesus' before she was fast asleep. Rock Me Gently: "My lids grew heavy and my crossed arms began to uncurl.

I had just time to remember to whisper 'Jesus', when Ruth's gruff voice rung out. You can find our Community Guidelines in full here. Want to discuss real-world problems, be involved in the most engaging discussions and hear from the journalists? A Memoir of a Convent Childhood. Home Judith Kelly Rock me Gently.

Stock Image. Rock me Gently. Published by Bloomsbury, London England, Used Condition: Very Good Soft cover. Save for Later. About this Item Paperback. In the s, shorlty after her father's death, Judith kelly was left in the care of the nuns at a Catholic orphanage while her mother searched for a place for them to live.

But far from being cared for. Judith found herself in a savage and terrifying instituion where physical, emotional and sexual abuse where the daily norm and the children's lives were reduced to stark survival. Bookseller Inventory Ask Seller a Question. Bibliographic Details Title: Rock me Gently. It was a lighthearted occasion until I made a nervous comment that changed the mood completely: I think I will spend a year doing mission work after I finish high school and before I go to college.

The happy chatter at the dinner table ceased and my comment seemed stuck in the atmosphere. I might as well have said I wanted to play quarterback in the NFL or fly to the moon. To them, taking a year to do mission work was about that far-fetched. It was completely unheard of in the Davis family and, I knew, probably unacceptable. My father had always been adamant about his desires for my life, desires rooted in his love for me and in his concern for my safety and well-being.

As most parents do, both my mom and my dad wanted to do everything they could to guarantee me a successful, comfortable life, and they felt the best way to secure a good future for me was to provide me with a college education that would prepare me for a career. They simply said they were not sure about the idea, but they would think about it.

I was convinced in my heart that my desire was right. I was ready to go; it was up to God to convince my parents.

Sporadically over the next eighteen months, I remembered this conversation and searched the Internet for the word orphanage so I could investigate volunteer opportunities. I never had Uganda specifically in mind. As my senior year in high school grew closer, I began applying to volunteer at several orphanages I had found online. A home for babies in Uganda was the first to respond and say they were in need of volunteers. I was excited and my parents agreed to allow me to go over winter break during my senior year, hoping I would get it out of my system.

Their only requirement was that I find an adult to travel with me. My parents may have been more clever than I gave them credit for. Of course, finding an adult who could take three weeks away from a job in the United States—and who wanted to spend that vacation time, including Christmas, in Africa with me—proved impossible. So I begged my mother to accompany me. She soon realized this trip was not a whim but something about which I was deeply passionate, and because she is a woman who genuinely wants her children to be happy and fulfilled, she reluctantly agreed to the adventure.

Before long, her reluctance turned into anxious enthusiasm and she became excited to be the person who would share this dream with me. In December , my mom and I were on our way to Uganda, where we would spend three weeks volunteering in a home for abandoned or orphaned babies. I fell in love with Uganda as soon as I arrived. After I woke up the first morning of our stay, I looked around and saw glistening bright white smiles against ebony faces; I heard happy voices, lilting language, and gentle laughter.

I found Uganda to be a beautiful land filled with beautiful people. Jinja, the city nearest to the village where I live today, sits nestled against the shore of Lake Victoria and at the source of the Nile River. Views of the lake and the river took my breath away when I saw them for the first time, and the explosion of color I saw as bumpy, vibrant, red dirt roads traversing the lush green landscape captivated me.

The people who called this fascinating country home astounded me with their gracious kindness and gentle ways. I watched, wide-eyed, as cattle, goats, and chickens roamed freely through the villages while curious children wandered among the shacks and makeshift businesses such as little stores that sell canned drinks or washbasins or airtime for cellular telephones. When I went to the villages, I witnessed men and women shucking corn, cooking, talking among themselves, or simply sitting beside the road quietly taking in the happenings of village life.

Whether I was in the town or out in a village, children were everywhere.

What is Kobo Super Points?

When they saw a person with a different color of skin, they giggled and shouted. Some ran toward me with glee, others shrieked and fled at the sight of a foreigner. It was easy for me to fall in love with them and with their country, its enormous beauty juxtaposing extreme poverty. The children as well as the women who worked in the orphanage inched their way into my heart, leaving their little handprints all over it.